They have 5 data centers in New York, Silicon Valley, Virginia, Hong Kong and Amsterdam with a network based on Conventional Solutions. As their network was reaching the point for a necessary update they started looking into conventional solutions, but after an extensive research decided to replace their network with a more ﬂexible model oered by XCloud Networks. 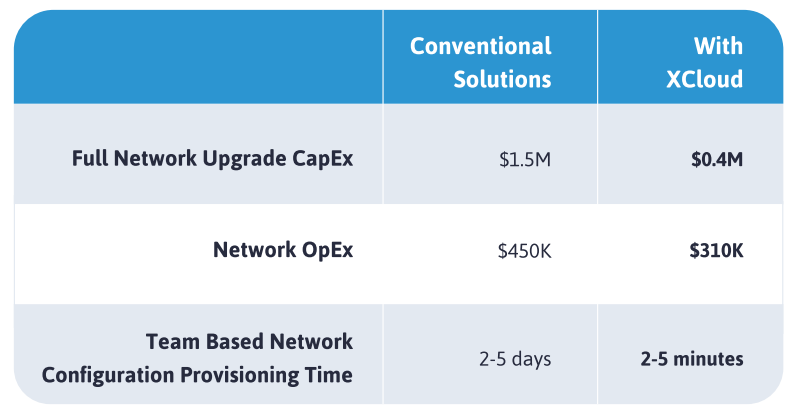 XCloud is the most comprehensive networking software suite that makes private infrastructures time and cost eicient. It allows an organization of any size to build scalable, CapEx and OpEx eicient, and a fully functional network infrastructure based on commodity hardware.

With XCloud Networks Aarki was able to transform their complex network into an intuitive solution all controlled through a single pane of glass.